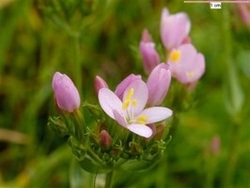 Electropathy, a part of Alternative System of Medicine, having complete medical treatment is known as Fifth Medical System. Electropathy was discovered by a famous Italian scientist Dr. Count Ceaser Mattei in 1865 who devoted himself to the field of Medicine and discovered remedies, which could cure incurable diseases. He proved that man is the product of Nature and only a medical science based on the law of nature can prevent and protect its creation. He searched for cures in the vegetable kingdom and succeeded in curing some of the worst forms of Scrofulous Complaints. Encouraged by his success, he proceeded with his experiments, discovered many more medicines. At last he was successful in his work and extracted the Medicinal properties of 114 plants and prepared medicines He used the medicines on the basis of the “law of Polarity” and demonstrated that any changes in the two vital fluids of the body, the Blood and the Lymph, will lead to disease. The principle of Electro Homeopathy holds that the body is a complex structure and only complex remedies for the complex disease will prove worthy. The Electropathy medicines are prepared by scientific process called Cohobation Me introduced by Dr Theophrastus Von Hoheneim in which living energies of the plant essences obtained from medicinal plants. These remedies have maximum curative capacity regulate the Lymph and Blood and also to keep them purified.

The Principle of this medical science is, “COMPLEXA-COMPLEXIS-CURANTURE” which means complex disease is cured through complex medicines, the human body being a complex structure. Electropathy recognizes human being and plant as two complementary electronic configuration of natural system in which, Medicine acts as a donor while human being as acceptor. Electropathy is a fifth medical system inIndia. Its medicines are purely herbal oriented, (spagric essence from medical plants), which are non toxin, non alcoholic, harmless with no side effects besides being cheap and within the reach of the poor people. Though only four recognized (Allopathy, Ayurveda, Unani and Homoeopathy) medical system exit, there is no reason why fifth or for that matter sixth or seventh will not come. Certainly the fifth has come and even sixth and seventh medical system will also come and get recognition. This fifth pathy, Electropathy is being promoted, developed and propagated by Naturo Electro Homoeopathy Medicos (NEHM) of India

Naturo Electro Homoeopathy Medicos (NEHM) of India, a premier organization was established in the year 1983 under S.R. Act to promote this system of medical science. NEHM of India was authorized by Ministry of Health and Family Welfare, Government of India vide letter No. 650/DM/91-M of 14.06.1991 for promotion, development and research in Electropathy. Further NEHM of India is authorized to issues various certificates and diploma in Electropathy. NEHM of India has technical collaboration for medicinal plants with Dr. YS Parmar University of Horticulture and Forestry, Solan (HP); G.B. Pant University of Agriculture and Technology, Pant Nagar (Uttaranchal) and Ministry of Public Health, Ukraine (Europe). Union of India (Ministry of Health)  NEHM of India may issue diplomas/ certificates in Electropathy and holder are entitled to practice in this system of medicines. Its Pharmacopoeia is totally different from those of these other pathies. There are about hundred of Electropathy Institutions imparting five(4+1) year's medical education in the field of Electropathy System. After successful completion of the course the candidates get registration and practice in Electropathy Medicine only.

These remedies are all extracted from plants, having energetic properties. They produce energy in the body; its action is gentle and sometimes instantaneous, but more generally gradual of such a nature that the results can only be perceived after some minutes.

They correct the deficiency or excess to natural proportions and recover the disease speedily, gently, completely and permanently.

They do not simply cure the particular disease for which they are prescribed, but at the same time good to the constitution of the patients who uses them.

The true remedy gives the extra something, which the body needs. They are non-poisonous and do not create drug disease or leave any bad effects on the body.

It is not extremely facilitated and simplified in this way, in the most complicated illness as well, but also it is more economical of what is so important in the present period of necessity.

It is especially adapted for universal use as household remedies. No mother dread her child’s life has been endangered because she has taken some of the medicines in error, nor need she ever be haunted by the fear, so often experienced by those who give bromides and other hurtful drugs that may turn out to be worse than the disease.